Here’s a short piece written for the ACLU of Virginia, in anticipation of the Supreme Court ruling on marriage equality.

In 1973 I moved to Richmond for grad school, and met my future wife. It was love at first sight, or pretty damn close at least on my part. And so we started a relationship that just a few years earlier would have been illegal. The U.S. Supreme Court’s 1967 Lovingdecision had recently thrown out Virginia’s anti-miscegenation statute. People of different “races” could legally marry – which Debra (of African ancestry) and I (Eastern European) did in 1975.

The current cases before the Court seeking recognition for same-sex marriages remind many of us of that earlier decision. And of course, like laws banning race-mixing, prohibiting same sex unions ignores thousands of years of actual human behavior. 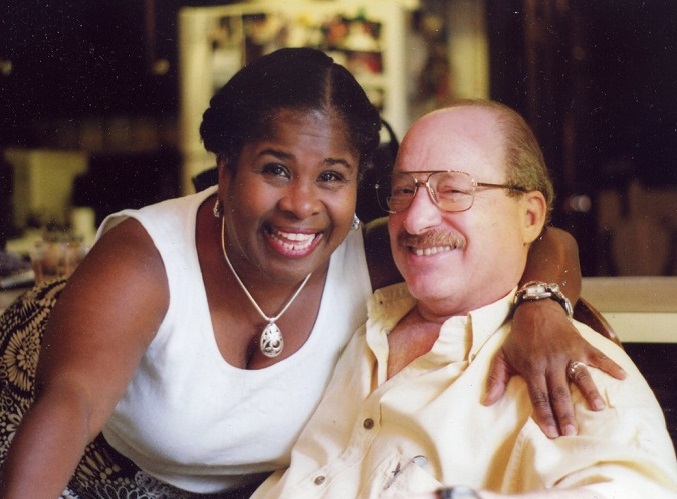 “Interracial” dating and marriage is now so ordinary that for all but die-hard segregationists, it has become almost entirely unremarkable. (Although I admit Debra and I feel still pleased when we see “mixed” families featured in television commercials or encounter multiracial couples and their children on the street.) However, we experienced much less acceptance in mid-1970s Virginia.

We didn’t know any other couples in our situation. Cashiers assumed we were separate customers when we stood together in the checkout line. Restaurant hosts didn’t know what to do with us.   People stared when we were out in public. Once, in a mall parking lot, an entire (white, of course) family walked directly into a parked car as they turned their heads to gawk. We had no shortage of episodes such as that to amuse us.

Debra’s family welcomed me into their midst with amazing openness, although her parents surely had concerns about whether she was making the right choice. Becoming part of their family and community has enriched my life beyond measure. I think their generosity is the greatest gift I have ever received.

Debra felt welcomed into my family as well, although I doubt that would surprise anyone who knows her – like her late father she has the ability and inclination to instantaneously befriend almost anyone.

I don’t want to make light of the challenges we faced, Loving notwithstanding. There were some places – Colonial Heights, for example – we avoided when possible or transited with care. When we drove south for a Florida vacation, Debra’s parents worried for our safety, and we took precautions other travelers might not.

It was difficult for us to find a real estate agent willing to help us find a home. Our marriage limited Debra’s opportunities for professional advancement throughout her entire career. And we don’t fool ourselves into thinking that the bitter remnants of racism and inequality are not still with us every day.

Attitudes towards interracial marriage have changed slowly, but what once was socially unacceptable has become commonplace. Public acceptance of marriage equality for gay and lesbian couples is clearly on that same path, no matter what the U.S. Supreme Court may decide later this month.